Cinnamon is much more than one of the basic spices of world gastronomy or an ingredient widely used in baking. Aphrodisiac properties have been attributed to its aroma, while its health effects are diverse, helping to promote weight loss, improve digestion, reduce anxiety and optimize the level of glucose or cholesterol. 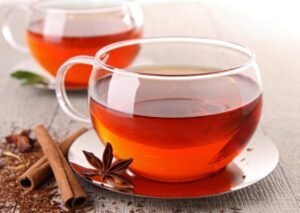 And undoubtedly one of the best ways to consume it is as an infusion, so we explain in detail the benefits of cinnamon tea, so that you add it to your daily routine and enjoy its exquisite flavor.

To control your weight

Cinnamon is a centuries-old spice that comes from the shores of the Indian Sea, specifically from the island of Sri Lanka, as soon as you hold a cup of cinnamon tea in your hands, the first thing that strikes us is an unmistakable smell. This spice is an important source of magnesium, iron, calcium, fiber, and vitamins C and B1, making it ideal for treating diarrhea, indigestion or bloating, among other problems. The benefits do not end there, since the cinnamon consumed as an infusion has expectorant properties and relieves respiratory symptoms by clearing the airways.

But also cinnamon tea is ideal to help you control your weight given its thermogenic properties, favoring fat burning to allow us to obtain the figure we want. Of course, cinnamon can help us lose weight as long as we accompany it with regular exercise and a balanced and healthy diet.

In addition to the above, cinnamon tea has important antioxidants that slow down the natural process of cell deterioration, helping to prevent premature aging and guarantee our general well-being.

According to different studies, cinnamon improves the areas of the brain responsible for attentional processes, visual memory, recognition and visual speed. That is why among the benefits of cinnamon tea stands out its ability to help boost concentration and promote our attention levels, basic for proper daily performance.

For people with type 2 diabetes, cinnamon tea can help stabilize blood glucose levels. Its compound B1 cinnamtannin stimulates insulin receptors and inhibits an enzyme that activates them.

In the case of diabetics, it is recommended to take cinnamon tea on an empty stomach and after meals, however it is important to consult a doctor before doing so to ensure that your intake does not interfere with medication for this condition.

Cinnamon has carminative properties, that is, it reduces gas in the stomach and helps prevent ulcers. In other words, it helps us digest food by stimulating salivation, which is why among the benefits of cinnamon tea its property to combat indigestion and improve our gastric health stands out.

In addition, due to its anti-inflammatory properties, the cinnamon infusion is especially indicated for people with arthritis, as it helps to improve the symptoms of this condition.

Cinnamon tea is proven to lower blood cholesterol and triglyceride levels. In this way, it prevents the formation of thrombi and atheromas, which impede the correct circulation of the blood, benefiting the health of our heart.

How to drink cinnamon tea

It is recommended to ingest 3 cups a day of this drink, preferably without sugar. If you have diabetes, it is important to consult your doctor before ingesting this infusion as often.

It is also important to note that this spice is contraindicated in the following cases:

What are the properties of leeks?