Almost all of us know the effects of drinking on our body and the dire consequences of alcohol if consumed in excess. These consequences are not only seen in the person who consumes it, but it is a problem that affects the entire society. Alcohol has become the fifth leading cause of death worldwide, not only due to the more than 200 diseases it can cause, but also due to work accidents, violence and traffic accidents that it causes. 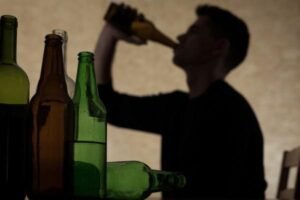 Even so, there are many aspects of alcoholic beverages that many people are unaware of and many myths present in society that are very difficult to eradicate. Wondering how long alcohol lasts in blood and urine? In the following article we will explain how it is eliminated from our body and in how many hours that elimination occurs.

How alcohol is determined in the body

When we introduce alcohol into the body through its liquid intake, it must pass through the esophagus, reach the stomach and finally reach the intestine. Once there, the membrane that lines the inside of the intestine absorbs part of that alcohol, however, it is the walls of the small intestine that absorb most of that alcohol. Once absorbed by the walls, the alcohol goes directly into the blood.

Taking into account that alcohol is highly soluble in water, when it reaches the blood it is quickly transported throughout the body, being absorbed by each of the body’s tissues. Despite that, a part of the alcohol we have ingested is still present in the bloodstream.

There are different methods to determine the amounts of alcohol present in our body, through blood, urine or air tests. The BAC, for the acronym in English for “blood alcohol concentration “, is the breathalyzer test used to find out how much alcohol a person has ingested. This rate determines the percentage of grams of alcohol for each liter of blood that is by the percentage between the mass and the volume of alcohol and the person.

But alcohol levels are not stable over time, instead they vary depending on different factors and decrease with the metabolism of this element. Here we explain how alcohol is eliminated in the blood, the factors involved and how long it takes to disappear.

How blood alcohol is eliminated

Once we introduce alcohol into the body, it has different ways of getting rid of it:

How long does alcohol last in blood

A healthy liver that works normally can metabolize about 10 ml. of alcohol every hour. Depending on factors that we will explain below, this process can be accelerated or slowed down, but generally, after 10 hours after having stopped drinking, the body has already been able to eliminate all the alcohol. Alcohol usually lasts 10 hours in the blood, during which time the liver metabolizes it.

Among the determining factors that determine whether it takes more or less time to eliminate it from the blood are:

You should know that alcohol is not eliminated once its effects are no longer present. It may be that you are already normal, and yet your liver is still working to metabolize it. Until after 12 hours it is possible to find traces of alcohol in the blood.

How long does alcohol last in urine?

If we consider that the alcohol that goes with the urine is the one that has already been metabolized by the liver, we will conclude that as long as there is alcohol in the blood there will be alcohol in the urine. We have already explained the metabolism process and the time it lasts in the body and, in the case of urine, it will be the same. The spirit lasts about 10 hours in the urine and can be extended to 12.

Why it is bad to drink a lot of coffee

How to prepare bougainvillea tea for cough

How to maintain weight and not gain weight

What is the best time to eat salads?

Why it is bad to drink a lot of coffee