The watercress is a plant known for its use in the kitchen; however, do you know all the benefits that this plant offers? The watercress contains multiple properties that allow its use obtaining incredible results both internally and externally. Currently, we try to take care of ourselves by avoiding industrial products, in favor of those natural products that nature gives us. In this article we inform you about the benefits of watercress. 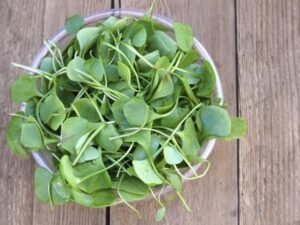 Watercress, also known as water cress or water cress, is a plant located in land where water is abundant throughout the year, such as swamps, streams or streams. It is one of the oldest vegetables consumed by humans and, at present, its use is very widespread in salads. This plant is submerged in one 15 centimeters of water, its leaves are dark green and its flowers are small and white. The benefits of watercress are made up of the following components:

The benefits of watercress can take care of the health of our body internally.

Preparation of watercress for internal use

Some of the most powerful watercress benefits are due to its antiseptic and regenerative properties of the skin, due to its zinc, ascorbic acid and zinc content. In addition, it has flavonoids that give it bactericidal properties and help preserve vitamin C. For all this, we can use watercress in the following situations:

Like all plants that can be used as natural remedies, a number of precautions must be taken into account.

Why does my mouth itch when I eat grapes?

Is it bad to eat burnt food?